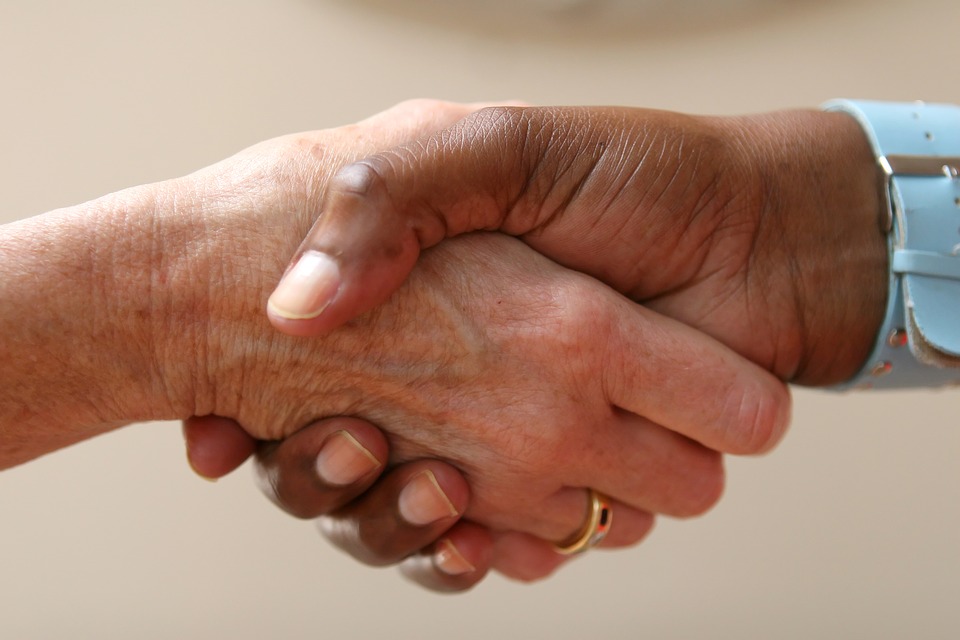 After meeting with an awesome group of students this week, I’m quite excited about teaching this semester. Keep in mind, I teach courses in religious studies from an academic perspective and being that I am approaching something “faith” based from an academic perspective, there are bound to be differences of opinions on how any one reading is to be understood. My students come from a myriad of backgrounds and bring a wealth of experiences to the class and thus every semester becomes a completely different experience from the prior semester. The topic is a sensitive one for many as it unintentionally seems to put faith and academics at odds with one another, but it happens nonetheless. Any time you have diversity you will have differing opinions based upon the cultural experience of the people involved. When you combine the differences of cultural experiences and deep issues of faith, it is important to establish ground rules and expectations from the class in order to ensure that an objective approach to scholarship is used while also respecting individuals and what they offer to the course.

Some years ago while teaching a New Testament course and comparing the two infancy narratives of Jesus found in Matthew and Luke and pointing out the differences between the two while at the same time attempting to explain potentially why those differences exist, I had a young man walk out of class. At the end of the class I see him standing outside of my classroom beside the Academic Dean. Now, Dr. Scruggs and I had a common understanding, I was teaching from an academic perspective and would not be using my class as a means to proselytize or as an ideological soapbox. When the student claimed I had attempted to “brainwash” the class and was forcing my agenda on them I respectfully disagreed and explained what had happened. Luckily, Dr. Scruggs was a very understanding leader and apologized before taking the student to the side to explain to him the purpose of the course as well as how academic institutions work. The rest of the semester was awkward as this student would often rudely interrupt with “well, that’s your opinion” or “you have no proof” and I was left to defend scholarship in the face of denial time and time again. It was after that class I decided to add a very important component to my course at the beginning- Intellectual Discourse Expectations. Now, I don’t have anyone sign anything (I’m about 95% paperless in my classroom and avoid handing anything out that I don’t have to) but I cover this every semester in every course I teach and work diligently to hold myself and the students accountable to these expectations.

Throughout the semester I repeat our mantra over and over again: Be Careful. Be Considerate. Be Consistent. This is explained in detail in the Agreement which lays out what they can expect from me as well as what I expect from them in the course. Being that this is explained to them on day one, there is no question as to how the course will be conducted. It includes five very core ideas that we work on all semester as a group so that we can grow as a community. It is perfectly okay to disagree. In fact, disagreement is almost encouraged. As the instructor, I ensure that the students see various perspectives by introducing ideas that, even if I don’t agree with them, they should listen to find the validity. It is important for them to learn to respectfully understand why differences exist so that we may overcome them so that we may become a better learning community. It’s not always drum circles and singing Kumbaya, we don’t always agree and we sometimes get a beat heated but in the end, we’ve all agreed to listen and participate as scholars searching for truth together.

1. Inconsistency is the root of hypocrisy. Inconsistent implementation of ethical, moral, theological, philosophical, and scholarly guidelines lead to an unjust and thus hypocritical enforcement of what is viewed as right and wrong. When reading, read with consistency- don’t interpret based on bias. For example, if you read one text, for example “love thy neighbor” and then understand that the people to whom Jesus is referring to as “neighbor” includes even those who we see as reprehensible (see Luke 10.25-37 and the parable of the Good Samaritan or any number of times he ate with sinners, prostitutes, and tax collectors), it would be inconsistent (and thus a hypocrisy) to then use other passages of that same scripture to justify how some people are not worthy of being an equal.  This also goes for implementation of ethical guidelines: if you advocate for freedoms they must be freedoms for all, or, as Martin Luther King, Jr. said in his Letter From Birmingham Jail, “An unjust law is a code that a numerical or power majority group compels a minority group to obey but does not make binding on itself. This is difference made legal. By the same token, a just law is a code that a majority compels a minority to follow and that it is willing to follow itself. This is sameness made legal” and in quoting St. Augustine: “An unjust law is no law at all.”  As such, the inconsistent and thus hypocritical implementation of law defines itself as injustice and therefore morally and legally wrong.

2. Understand bias and overcome it. Understand that each of us is biased in some fashion and that bias is shaped by our cultural experiences. Everyone has the capacity for a biased opinion but it is our responsibility to recognize that capacity within each of us. When you recognize the biases you hold, it is your responsibility to overcome them. I am biased due to my focus on scholarship, social justice, and peace. In order to come to a rational understanding of truth I must recognize how my biases affect how I read the news and how I react to dissenting opinions. Therefore I must remain mindful that my very scholarly (and at time overly thorough) responses may not be invited and could be construed as overkill (or even as an attack to those who do not participate in discourse in the same way as I do.)  Racism, bigotry, sexism, and other biases based in the need to justify why one group or individual is greater than others has no place in academics and will have no place in our classroom.  Realize your ability to fall to these biases so that you can and will overcome them.

3. Listen to all sides of the topic in order to make an informed decision. During what I thought was a friendly debate with an individual online, the individual with whom I believed I was having an intellectual discussion replied to my rebuttal of his list of biased resources with “TL;DR” – “Too long; didn’t read.” Since the facts were a threat to his biases he refused to read anything that disagreed with him. Read and listen, take in all of the facts even if you don’t agree with them in order to make an informed decision. Otherwise you never grow in your understanding.  An uninformed opinion is based in ignorance and we have a responsibility to search for truth and reason in order to justify our opinions.

4. Do not automatically assume any opinion that differs from your own is attacking you personally. If everything you see as different is seen as a threat, how can you ever listen to the validity in the voices of your neighbor? If your neighbor feels threatened, understand why. If someone points out the fallacy in your argument, take that as an opportunity to grow, not as an attack on everything you hold dear. Not everyone is as willing to listen as we will be, but within this class we will respect one another and listen.  If someone feels passionately about a topic, listen and understand why.  You don’t always have to agree with your neighbor, but you do need to be respectful and listen.

5. With freedom of speech comes responsibility. In this country we do have freedom of speech, but that freedom does not mean you can freely speak without consequences. Understand that your words have weight and that others have the same freedom as yourself. Respect that freedom but hold each other accountable to ensure that the freedom is exercised with restraint and respect of others. When you infringe upon others rights, that is where your rights end. Hold each other accountable to overcome bias and remain consistent.  Not only do we have a responsibility to show respect, but also to hold accountability.  If I expect myself to be consistent in my logic, attempt to overcome bias, be responsible for my freedom of speech, make informed decisions, and not assume that a difference of opinion is a personal attack, then I also expect that of you.